My holiday started a week earlier, this way I had the possibility to do updates to Turn It On. Still no iOS version but...

...I managed to do more than over months before. Let's see what happened in the last few weeks!

At the end of October Farming Simulator was officially released by Giants, this way our #C64 demake got public and it got very positive reviews. Actually, the cartridge version went viral so much, that the available stock was sold in hours. At the moment I can't tell you if there is going to be a new batch ever. At first, it was developed only for marketing purposes but on player's request, it got even into the shop of Giants as a standalone product. Me and my fellows had the possibility to talk about in Checkpoint, the Hungarian retro-gaming podcast. It was fun!

Meanwhile, 2 tasks occupied my available development time: I was constantly contacting people to test Turn It On and I tried to tinker the levels of the new setting. These last two months I let around 100 players test the game. It turned out that the most requested feature is the hint system. As always, I changed my schedule in the last minutes: I have decided to drop the iOS release hype (still planned to January) and do an XMAS update. It let me include the hint system, polish the existing levels, create 2 additional puzzles and include a scene to ask players rate the game and do a bunch of bugfixes. The result is now available in the Play Store bundled with a 33% off sale. Google allows a one week sale period only, so grab your copy if interested! It is the first sale after the release in March. 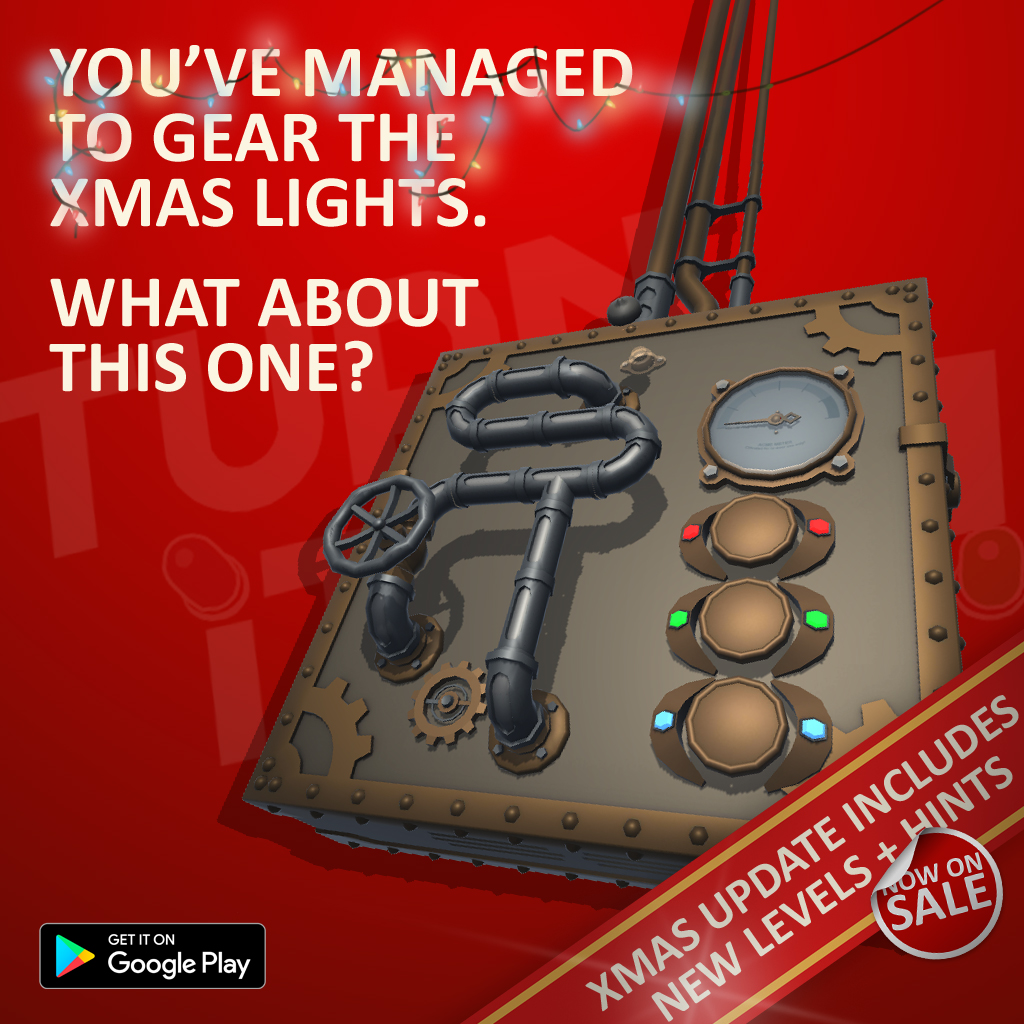 Coming weeks are exciting too. I want to go on with the new setting for Turn It On and a 2 days meet up for Arok organizer staff is scheduled too. We have a date for the party, the official notification comes soon ;)