It was a long time since I wrote a weekly report. Somehow the available time was not enough to summarize the activity that frequently, sometimes - to be true - I was lazy or simply tired. Now I try to look back 3 months or so.

In August I was busy organizing Arok Party, the retro computer and video game symposium. Believe or not I had more years in my life with an Arok event than without. This year the 8bit enthusiasts could unite for the 20th time. I simply can't name any other retro meeting with such a long history. We had a record number of visitors. I really feel proud of our heritage and all those who helped this come to life! After the party, the secret project I was showing only pixels from, got into the finish line. It is no secret anymore that I was working on the C64 demake of Farming Simulator. It is an official, commercial game released by Giants Software which was first presented as an April's fool joke. It is going to be released on 20th November in the 2019 Collector's Edition first, later it is going to be available in a physical cartridge format (and maybe as a digital download too). 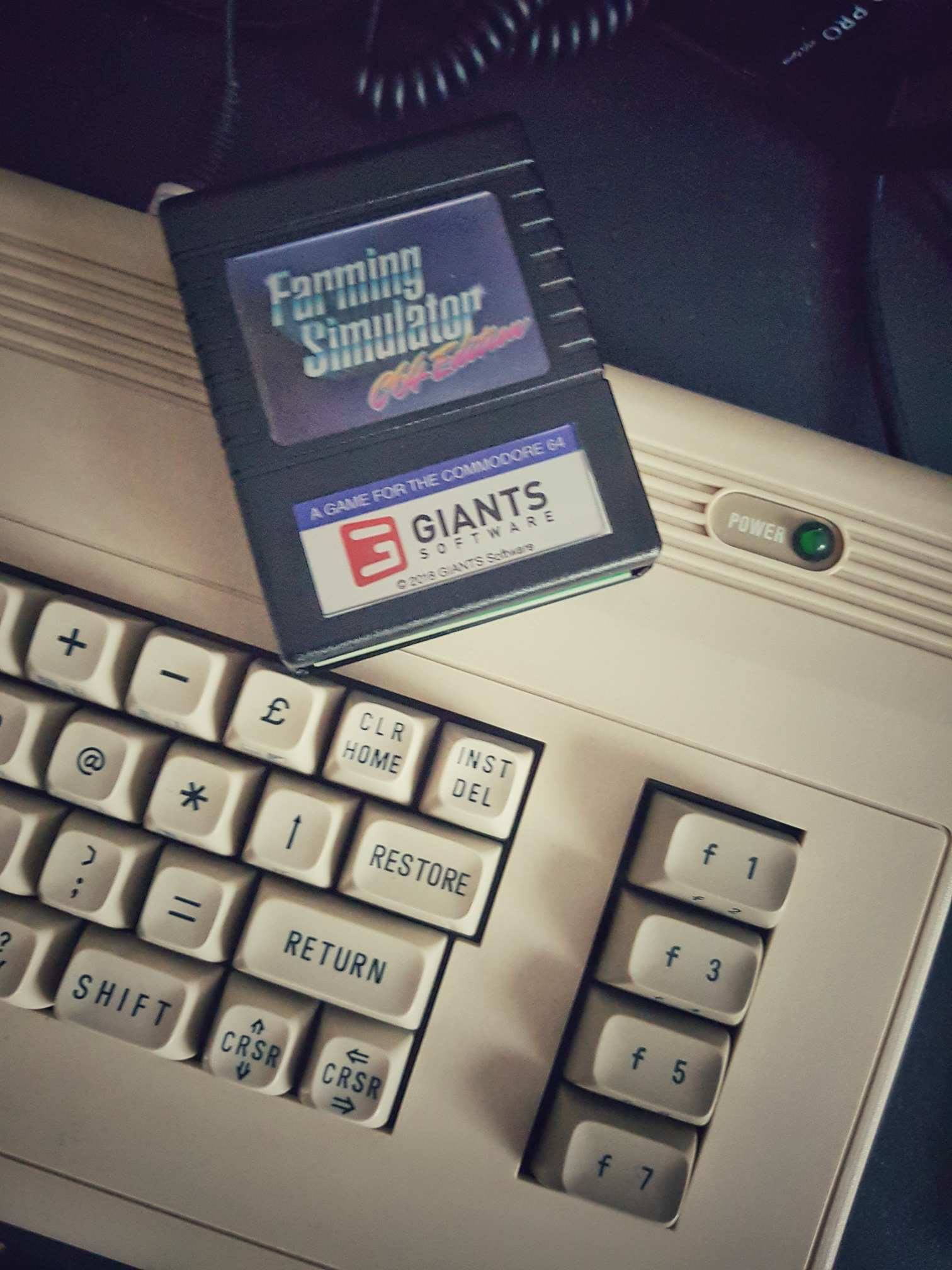 In September I have started to familiarize my kids with oldschool platforms. They have experienced NES, SNES, GB, GBA, NDS, Master System, Game Gear, and the C64 so far. We have continued this tour this weekend at Arcadia, the flipper and video game exhibition in Budapest/Hungary. For me personally, it was about indie gamedev too as the event hosted the Grand Pix contest where Hungarian indie game initiatives race for a trophy. Last year my game, #TurnItOn was in the 5 selected games of the same contest, so I was curious what kind of entertainment came this year. I had a chat with all the developers: 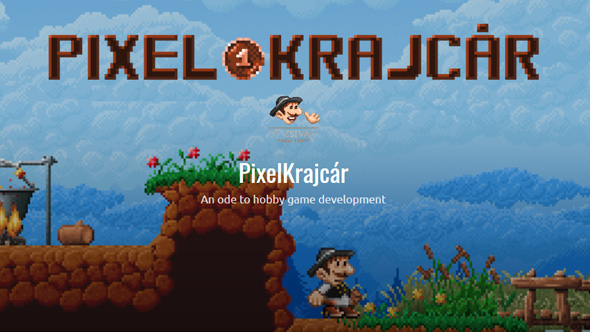 Sándor Rózsa is a pixel platformer with Hungarian background story: the protagonist is a well-known betyár (outlaw) of his time. Now you have the chance to try minigames controlling him (downloads available on the official page). The development of this game dates back to 2009. Having a little chat with Coyote (László Eszik) - the man behind - you can expect new pixel games from him in the near future. 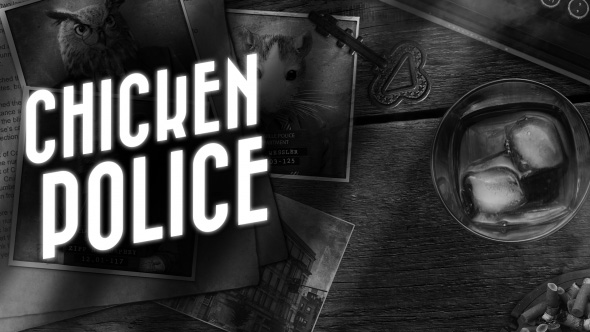 Chicken Police is a unique styled noir adventure game where you control a private detective. He is played as a cock and you meet other humanized animals in the game. It is a very promising point and click. The 5 people dev team promised a gameplay video for the near future and later you can try it yourself in some kind of early access. It is worth to give them a follow on Facebook if you like the genre! Fun fact: the music in the game was composed by László Vincze, aka Vincenzo. He did all the music and sounds in my game too :) Terraforming Earth is developed by András Csibi (code) and Csaba Kálmán (graphics). It is a procedurally generated puzzle-platformer where you control robots with unique abilities and collect resources. They told their game to be a space opera and a Lost Vikings successor heavily in development. If you want to try the game, join their Discord server (downloads available there) and help the development with your opinion! 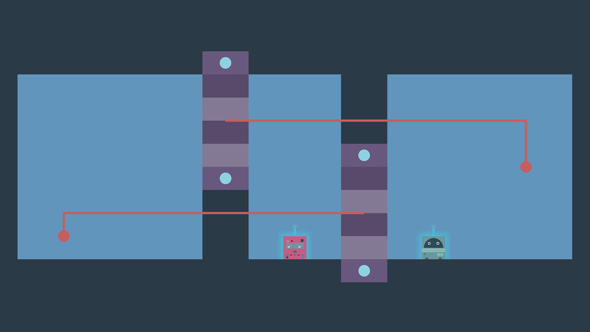 Touchy Touchy is the (actually couch) multiplayer logic puzzle game by Dániel Ambrits (code) and Sára Szabó (graphics). It has a lot of potential in it, I will surely try it some more. You control two robots and the goal of each one-screen level is to reach each other. Dániel is working on the game full-time and plans to release it on different platforms. I believe it can evolve into some very cool multiplayer game! Let's download the actual build on itch.io! 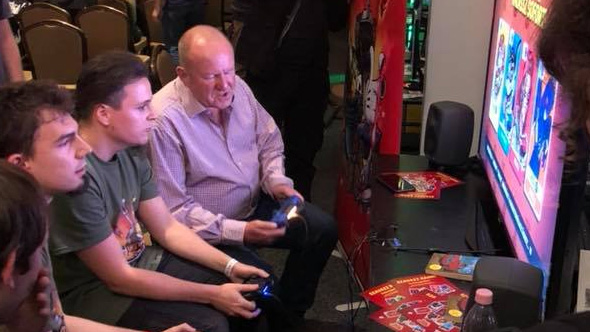 Gamelab, formerly known as Pixelinvoke was present with their latest game jam gem, Tank Maniacs. The group is a rocketing new company of more than 20 developers. They are behind the game Wormster Dash and the also now Kickstarted Sir Plump. T.M. is another multiplayer party game you could first witness at the gamedev competition of the Function Demoscene party. That time it had the name Mayhem Maniacs. It won the competition. ...and now it won the Grand Pix too! Thumbs up! (In the photo you can see Ian Livingstone playing the game.)

Still, in September I did two (1, 2) fan-sculpts for Dead World Heroes. These are only doodle exercises, don't take them too seriously. I only wanted to mention it, because Bálint's game gets more and more attractive builds these days. Join his beta tester community if you like the zombi-massacre!

In October - motivated by a talented colleague of mine - I started to take part in the #inktober challenge. It is about daily hand-drawn sketches run month-long where you get a theme for each day. It is a celebration of ink drawings, self-training, and fun. There are no strict rules, no contest or exact goals, you can do it for yourself, at your own pace. It was hard to squeeze it into my very finite free time but I'm happy with the result. You can check them on my Instagram. You might check inktober.com too for more on this subject!

This weekend we had the X Party in the Netherlands. It is a C64-only demoscene meeting, the most prominent of its kind. Sadly I couldn't be there personally but managed to create some art for a small release, Crystal Gazer by Chorus. It has a world record effect, moving over 600 3D pixels at 50FPS. Not bad from a computer 35 years old having even no machine code instruction for multiplication, don't you think?

Meanwhile, #TurnItOn was developed at a slower pace, doing mostly invisible tasks. I have collected a bunch of level ideas for the third setting, created a few assets and assembled the first few working levels (9 so far). I have and still do reach out to random players to test the game. This way I managed to get over 500 followers on Twitter + over 500 installed copies on Google Play. Thanks to the testers of the game, I managed to eliminate a glitch bug in the game too: It turned out that Unity fails on selected mobile GPUs (Adreno 505, 506 surely) and causes Z-fight bug if you have polygon planes close to each other + the sticker planes have no uniform scale for every axis. I feel I have found a needle in the haystack :) At the end version 1.23 was released in the Play Store.

Another news with my puzzle game is the highly requested hint system. It is code-wise ready and I'm creating graphical assets for it right now. I believe it can solve a lot of misunderstanding and avoid random button smashing solutions which are frequently returning complaints.